The II Edition of LOST Music Festival (Labyrinth Original Sound Track), which has come back to animate the extraordinary spaces of the Labirinto della Masone by Franco Maria Ricci in Fontanellato after two years of forced stop due to Coronavirus, has proposed 37 artists from 11 countries (South Africa, Poland, United States, Japan, Norway, Spain, Belgium, France, United Kingdom, Italy, Turkey) in a journey of wonder and discovery through 34 hours of music, 36 appointments between dj sets, live and sound installations.
A unique event starting from the location, with 3 stages inside the largest maze in the world, composed of over 200 thousand bamboo plants.

A positive note goes firstly to the team with many young volunteers (almost entirely under 30), as stated by the creator and Director of the event Mattia Amarù: “It was a second edition (or rather a second edition’, given the long hiatus of the project and the change of artistic direction) very surprising, starting from the audience, that surprised us for the answer but also for the extreme respect for the structure and the organization. Thanks to all the participants but also to the extraordinary team of people (almost entirely under 30) who made possible the festival, by Luca Giudici, to whom we entrusted the Artistic Direction of LOST 2022, to the volunteers who have supported us with great warmth and ability, without sparing themselves. We were ambitious, we also chose to take risks: now we can say that all the efforts have been amply repaid.”

Over 3000 people from all over Italy (and from several European countries: France, Germany and Poland in the lead), of whom 460 used the free camping inside the festival perfectly equipped with services and support. The average age of participants was between 25 and 30, with over 60% women.
An always active food area with 3 selected activities and the possibility to recharge water without limits to bottles or glasses that could be purchased at the info point.

“A well composed timetable, without any particular overlap so you can enjoy every proposal to the maximum” (feedback from the participants)
One of the most particular experiences of LOST was the Soundwalk by MU, a deep walk in the soul of sound as a fluid body in motion, unstable, traveling through the medium of air and “walks in a landslide” among many obstacles and bodies by modifying the complex information that we then capture as music.
From the labyrinth to the Oasis, a place outside the “aura” of the festival where you can relax and listen to the sounds of nature, and then we reached a meeting point with artists who have proposed an acoustic performance also with the use of natural elements and objects, in the midst of nature.

We learned that sound has smell, the sounds and sources have different directions and experience has proposed a yield, putting the fixity into crisis and offering us this reflection: the presence of more space than the bodies offers us the opportunity of a different listening experience.

After the Friday night shows with the debut of the South African artist Desire Marea, the performance of Smerz and the Italian premiere of Eartheater feat. Leya from USA, the pyramid welcomed the remarkable performances of Marina Herlop (ES), Oklou (FR) and Caterina Barbieri (IT) on Saturday night, each one with unique peculiarities.
The Spanish Marina Herlop, in her world premiere, showed her multiple skills from singing in different shades to piano and drums. The French Oklou, for her first performance in Italy and already in the international spotlight of the dance/electronic scene thanks to the remix of Dua Lipa “Fever” and the most recent collaboration with Flume “Highest Building”, she amazed everyone with his incredible voice and guitar support on stage, set up with bright trunks from the inside and the visual landscape.

The highly anticipated Caterina Barbieri from Bologna closed the widest stage of Lost Music Festival, after being recognized in the streets of the labyrinth from the afternoon during the soundcheck.
A long journey through the cloudy set up on the stage, with the attention focused directly to the artist, her elegance and her synthesizer that let everyone desire the drop and wrapped the participants who would never end the experience.

Then we moved onto the Bamboo Stage at the entrance to the maze, which saw the sets of Spiritual Sauna, Juliana Huxtable and Nene H on Friday, John Glacier, Object Blue, Lee Gamble and Gabber Eleganza on Saturday and Tamburi Neri on Sunday.

A lighter and more relaxed schedule on Sunday, focused on installations such as Tybet Drone Divinorum in the labyrinth and Drummophone by Riccardo La Foresta in the museum with the main show from the very first afternoon in the Lost Garden, the stage that most represents the soul of the festival in our opinion, since it was the simplest and most surrounded in nature in a perfect blend (in fact to reach it you have to walk through the maze and it was a positive feeling to finally find the music which gave you a hint while walking).
The stage was active since Friday with the artists of Radio Raheem and Hot Collective and the interesting performances by Leo Ferretti, Michael Mills, Otis, TSVI, Felpa, Piezo, Advanced Audio Research, Heith and Lutto Lento.

The festival was promoted by Art Foundation, with the contribution of Legambiente, Comune di Fontanellato, Comune di Fontevivo, Fondazione Italia and the precious support of Martini SPA and Sidertubi (which allowed the realization of 8PUS_1222, the special stage-installation of Anelo 1997 in the entrance court of the Labyrinth) and media partners of the event including us and Radio Raheem, Zero, i-D, URSSS, Hear, Noise, Parkettchannel.

We thank the organization for the hospitality and.. congratulations! 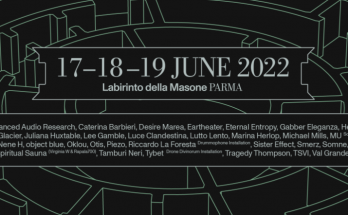 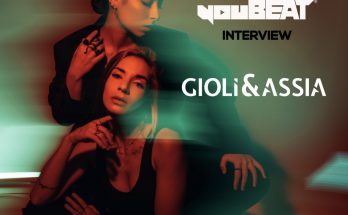