On August 24th, 2021, DJMag has published a chart with the best 100 clubs in the world, which have been voted by the crowd as always. The only thing is, the world is supposed to be all messed up – for a year and a half – by lockdowns, social distancing and masks, but it seems it has affected nobody at all. In this rollercoaster made of clubs’ openings, closures, then openings again and – for some of them – the official end of their activity, DJ Mag has finally announced the lucky winners of this event.

Which country hosts the most clubs in the rankings?

In general, there are lots of surprises: it is noticeable that many countries have more than one club signed in the various positions. First prize is for United Kingdom with 14 classified clubs and two new entries (Sneaky Pete’s and Hope Works) – passing over United States and its 11 clubs. Honorable mention goes to Asia, which has not won the first prize, but some of its clubs – new ones and non – are written among the hundred names. Something that leaves fans astonished is, though, that Kenya and its club MUZE has entered the chart too, as the one and only African club. It didn’t happen since 2015, when the Space Sharm, located in Egypt, made it to be classified. But despite this tough year, which has caused problems to the music industry – same as last year – it’s admirable how clubs stood their ground, or tried to ’til the end, to bring the good old times back.

At #1 of Dj Mag Top 100 Clubs 2021 there’s Echostage in Washington D.C. District of Columbia opened it to the public in 2012 and nowadays it’s a revolutionary club. It may seem a warehouse from the outside, but on the inside it hosts lots of worldwide-known djs, such as Rezz, Eric Prydz and Claude VonStroke. But it’s not only about EDM: even pop and hip-hop artists had some of their exhibitions before the COVID emergency there, just like Lorde, Cardi B and Miley Cyrus. With its 30 thousand square feet, it hosts a 190 feet bar, while a while a VIP loft overlooks the dance floor, embellished with a large number of tables. And in those tables there are not only fans and clubbers, but it happens very often to find stars like Jay Z, who go to Echostage to have a good time with music.

After winning the first prize in the years 2013 and 2015, it’s silver medal for the Green Valley in Camboriù, Brazil. Considered a paradise by fans of electronic music, the Green Valley hosted the best Djs in the world. As DjMag wrote, it was born as a simple tent mounted in a former airfield in the Brazilian jungle, which over time has become one of the most voted clubs in the world. Unfortunately, due to the cyclone phenomenon, which took place in summer 2020, it was devastated; as we can see from the results, however, it recovered in the best way despite the fact that Brazil was suffering tremendously the effects of Coronavirus.

Last but not least, located in the wonderful Playa d’en Bossa, in third place we find the Hï Ibiza; divided into two main rooms, Theatre and Club, with their wonderful light shows and scenarios that change every night; it also has three outdoor areas, special VIP services and a DJ booth in the unisex bathroom. The club was once home to Space Ibiza, but has recently been modernized, bringing the level of the club in question to the moon; moreover, in addition to being a more elegant club in Ibiza, it also offers lineup full of legends of the EDM, disco, deep house and techno music.

Italy has made us all proud this year; in fact, three clubs got into the chart among the hundred places mentioned by DJ Mag and in order, we see them at positions #69, #70 and #91.

The first one is the Guendalina in Lecce. Its Arena has been hosting world-famous djs since 1996, who get always amazed by the combination of the stratospheric lights and the high-quality sound system, along with the club’s highlight: it offers the perfect spot to watch the sunrise during a DJ set. The best someone could ever ask for.

We are now moving to Rome, more precisely to the Goa Club. The club debuted in the Roman nightlife in 1996, thanks to a project designed by Claudio Coccoluto and today is an exclusive reference point for the Roman clubbers, as it’s been hosting for years talented artists known throughout the world, such as Dennis Ferrer for the New Year’s set in 2008.

Last but not least is the Duel Club in Pozzuoli, near Naples. It is a dynamic and innovative venue, which hosts several events in different rooms. Since 2005, its year of birth, it counts on the presence of important producers and Djs of mostly techno music, such as Laurent Garnier, Luca Agnelli and Richie Hawtin. During the period of closure due to the pandemic, the Duel has been very busy not to lose the party spirit: with Antivirus Dance Radio and its very personal D Radio – the music in me – has kept hope and fun of the audience alive with its interviews, DJ sets and music programs. A work that brought DJ Mag’s users to vote them.

Below you can find the complete DJ Mag Top100 Clubs 2021 or visit www.djmag.com:

Had you already discovered the new solo project by Daft Punk’s Thomas Bangalter? 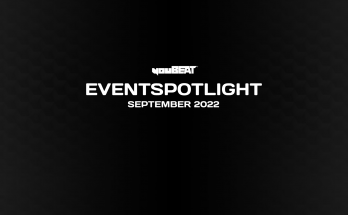 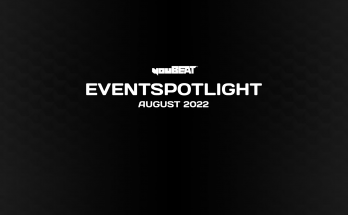 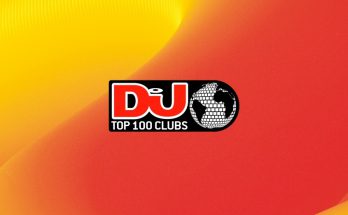