Back to roots: numbers and anecdotes of the most iconic, surprising and interesting dance songs in recent years ! !

The Delorean never stops, it is always in the radio ether of music streaming apps and social news; jumps from one release Friday to another, from one station to another with the aim of finding inspiration to recover new sound itineraries scattered over time.

This time we have a nice full of energy in order to a long kilometric journey in 3 radically different decades, we will fluctuate lightly in time from one point to another like a leaf driven by the wind after falling from an autumn tree; our trajectories will be dictated by the notes and the rhythm.

Dawn on Friday gave new light to a classic of the dance and discohouse world of all time, and like all times when something wonderful is polished, the wow effect is amazing; welcome back Spiller – Groovejet (If This Ain’t Love) thanks to the nu-disco restyling of Purple Disco Machine & Lorenz Rhode Remix:

All the credit for this musical mission goes to the Defected which has held the rights of Groovejet for a few years. So why not do as a big face / meme on the cover resulting in a nice mashup between the features of Tino Piotek aka Purple Disco Machine and Spiller‘s mustache?

For those who still don’t know, Defected is an independent label operating in the field of house music, as well as a world flag for the deep / soulful / vocal / funky house genre. It was founded in Soho in 1999 by Simon Dunmore on the model of Strictly Rhythm, a label he had collaborated with. Immediately launched in the same year by the production of the hit “Soulsearcher – Can’t Get Enough” and after two years by another milestone of the house like “Another Chance” by Roger Sanchez. Anyone wishing to learn more about the Defected would discover the licenses on the most epic productions of Bob Sinclair “Love Generation”, “World, Hold on”, “Rock this party”; the “Defected in Da House” compilation saga and many exciting live events.

German DJ producer Lorenzo Rhode and compatriot Purple Disco Machine have given this epic track a nu disco look, a genre so much in vogue at the moment. To climb the charts again and make sense of the label’s gimmick even in the media, it was enough to slow down the bpm enough, to leave that hiss similar to the take-off of a jet in evidence without affecting the vocal and the original melody. The game was completed by inserting the samples of keyboards and effects typical of the Purple Disco Machine style, of which we propose our interview again:

The first Groovejet was born 21 years ago, at the dawn of 2000 under the skilled hands of the Italian Spiller. The Venetian Cristiano Spiller, great craftsman of groove dance and house bases, proposes an instrumental version already in 1999 in his EP Mighty Miami but the British label Positiva decides in publication to give a strong radio boost to the song by adding the ingredient of magic to the recipe voice of Sophie Ellis-Bextor, who has just separated from the group of origin Theaudience.

The result was magnificently exponential, the track reached the top step of the podium of the rankings of every country in which it “set foot” to stay there for a long time. 2000000 copies in one year, the most played and danced track of the first decade of the two thousand to become the demo test of the first Apple I-PODs!

Groovejet (If this Ain’t love) has been and will always be a jet loaded with groove, we have all saved it more or less unconsciously in our playlists, every DJ has played it at least once without necessarily being Dimitri From Paris or Glitterbox that offer it in every djset as a trademark.

No other loop is so enjoyable, the guitar riffs, keyboards and drums are enthralling, but much of the credit is also due to the sensual voice of Sophie Ellis Bextor, the British singer who has given voice to other dance hits such as Murder on the Dancefloor and Get Over You.

Our Delorean, however, goes back over 2000 and goes to the primordial origins of this great Hit stopping at 1976 to find the father sampling of the track: Carol Williams – Love Is You success of the discomusic 70/80 licensed by the Salsoul Records label:

Carol Williams produced by Vincent Montana Jr, even then sang of a magnetic love in her songs between the electric guitar and trumpet riffs of the Salsoul Orchestra. Carol is one of the goddesses of discomusic and later of garage / house as well as one of the queens of the famous Studio 54. Nicknamed Lectric Lady, not surprisingly as the title of her most successful album, she exported her voice tone without need for technical filters in production.

With a single track, a single sampling or sample, if you prefer, we arrived at 1976, the year in which Apple was born and the law on copiright was updated; winning year of Sandro Munari he won in the Rally with the legendary Lancia Stratos and Panatta on the tennis courts, but also the year of the first flight of the Concord and the black hand of censorship on Italian cinema with the seizure of the films of the great Bernardo Bertolucci.

Yet we stopped at the dawn of 2000, the dawn of the euro and the sunset of the lira, the year of Windows 2000, but also the most beautiful dawn for Ferraristas from all over the world, the one that in October brings back the drivers’ title in Japan. Italy from the hands and feet of the legendary Michael Schumacher, 21 years after the last time.

I have been waiting for a long time to tell you this perfect story for this column, thanks to the new Defected record idea and I found inspiration starting from the video that we link below that sees us aggregated again to dance and have fun together during a live:

As usual, at the end of each trip I load headphones and records on the Delorean console, we will wait for you at the next Back2Roots ride to discover the grooves dug by the roots of Electronic Dance Music. 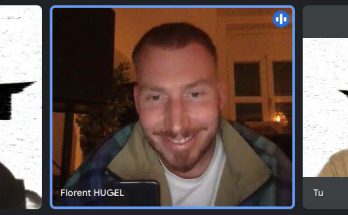 Interview with HUGEL: “Underground is the new Mainstream” 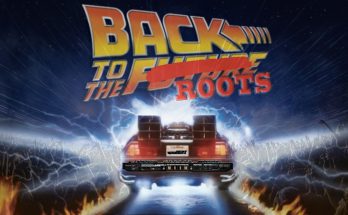