Purple Disco Machine is the artist of the moment who transports the listener on a journey through the music of the past thanks to his unmistakable sound, back to the future to make entire generations dance. With over 650 million streams worldwide, Tino Piontek keeps surprising with solid positions at the top of charts. In Italy, the German-born artist was immediately appreciated thanks to the hit “Hypnotized” with Sophie and The Giants (four times platinum) but also with the most recent “Fireworks” which went platinum a few months after its release (both on Sony Music).

We had the opportunity to chat with Purple Disco Machine about his latest track “Dopamine”, on the upcoming album entitled “Exotica” and also about his past and passion for disco house music.

Ciao Tino, welcome to Italy! My name is Eleonora and I’m here to ask you some questions about you and your music, thank to the opportunity that YouBeat gave me. Your amazing style is influenced by the music of the past. What or who gave you this passion and why are you so attached to it?
Actually my parents gave me this passion because they’re obsessed for music, they have a vinyl collection and we were listening to music all days so I grew up with music and they took me to festivals or concerts. As a kid I went to concerts with my parents and I’ve got the passion for music from my parents definitely.

Your new single is titled “Dopamine”, the “feel-good neurotransmitter” which plays a  big role in how we feel pleasure, think and plan. What activates your dopamine in music or hobbies the most?
Music in general activates my dopamine, I just love music. If I’m in a bad mood, I listen to music, for me day starts with music and ends with music. Music is all about!

Italy is one of the European countries that listens to and supports your music the most. What is your relationship with our “Bel Paese”?
My name Tino is italian so that is the first relationship. Then I just remember that I spent actually every summer in Italy and we went to the coast. I think I have a pretty close relationship, I love italian food and obviously my sound is pretty familiar here and people just like the Purple Disco Machine sound. It’s pretty cool for me to have this kind of success, specially here in Italy.

Every album has a story behind it, and your new LP “Exotica” is coming soon. What’s the story behind this work and what are the most “Exotica” things for you (Food&Drinks – Venues&Locations)?
The reason why I called this album “Exotica” was because, as I was young, I grew up in Dresden, just close to Berlin and it was a bit influenced from techno and electronic music. I was actually the only guy who shared this love for disco and funk and house and always felt “exotic” in my own city because, when I started producing music as Purple Disco Machine, I never played in Germany and never in my hometown. I always felt exotic in my hometown and that’s the reason how I came up with the name and why I called the album “Exotica”. For me it was no brain after I released “Soulmatic” in 2017 that I’m going to do another album, it took me almost five years to produce  new album but I still love listening to that album and was no brain that I wanted to do another album, definitely.

How did you shift from having purely disco productions, aimed to a live crowd, to have to deal with the pandemic and the way people listen to your music, and did Coronavirus affect your music in some ways?
I thought after a while that maybe there’s a lack of creativity bacause I mean, if you want to be creative you need to get out, need to share my experience with other people, you need to see other countries. But for me was actually pretty cool to lock me in the studio for a year to produce the album. It was finally the time I could just stuck in the studio and make songs; before it was like I was trying to squeeze my studio days in my touring life but, last year, during the pandemic, I finally had the time to work on my songs and had the chance to spend more time on them.

You are like the DOC from “Back to the future” for Disco House Music. You have dragged a new music flow based on 80s style. Which could be your next sound direction? Are you going to retrieve other rhythms from the past?
I’ve no idea, I mean I’m just trying to follow my soul and heart so I don’know what’s coming next. I’m a bit bored making the same songs again and again. I think the songs from the last three years to now are a kind of an evolution so I hope I can recreate and reinvent my sound for the next years but I have no idea, I just follow my heart. I would like to ask you just one last thing: could you please do this greeting to our Italian listeners: “ciao Italia, I’m Purple Disco Machine and you can discover more about me and my music in the interview I did for YouBeat!” Thank you for your kindness and your time, I whish you good luck for your album, see you soon! 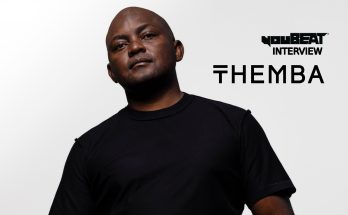 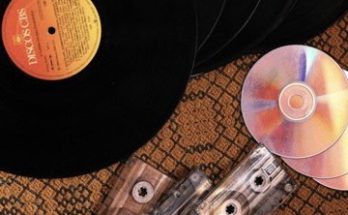 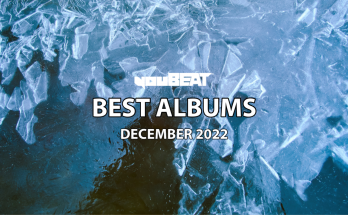