During the 27th edition of Amsterdam Dance Event we had the pleasure of being invited by Spinnin’ Records to the Q-Factory. An entire building dedicated to the numerous activities organized by the Dutch record giant, divided between masterclasses and leisure activities. The Q-Factory has in fact hosted the biggest demo-drop ever organized, with the possibility of signing a track with Spinnin’ Records, and a videogame tournament with the main artists of the label. Definitely the best way to celebrate the 27th edition of Amsterdam Dance Event and to have a taste of the next business strategies of Warner Music Group owned label.

But there’s more: an entire floor of the Q-Factory has been set up for press. We thus had the opportunity to chat with a leading name in the Spinnin’ roster: Chico de Reus, aka Chico Rose. We wanted to run trough his musical career, his releases on Tomorrowland Music, the friendships with Afrojack and “our” Andrea Damante, but also his future goals.

Chico, we cannot deny that you are an extremely polyhedric artist. You always try to push yourself further, testing yourself with new productions, even of different kinds. We know, however, that you have something new in the making. Can you tell us something about it?
Yes, firstly I like to test myself in new challenges, or in any case I try! And yes, I spoiled something recently on my social networks. This is a new production called “Up & Down” which will be released on Tomorrowland Music on November 4th.

This will be your second release on this very prestigious label. The previous one was literally the world premiere of Tomorrowland Music.
Yes, absolutely. The first release on Tomorrowland Music was a collaboration of mine and Afrojack under the “Never Sleeps” project and is called “You Got The Love”. He had a great response from the audience, it was really special, an immense honor for me.

Chico Rose relationship with Afrojack is very special, both from a human and a professional point of view. Can you tell us a little about your relationship with him?
Nick and I met personally 7 years ago through a friend of mine. In the beginning, I sent him a lot of music by e-mail, almost every week. He gave me honest feedback, if something was wrong he told me without problems. Then one day he invited me to his studio, it was very emotional. At the end of 2015 I signed the first track on Wall Recordings and since that day he has helped me a lot with the production. He told me some tricks, he gave me a lot of tips. He is a great friend and mentor as well.

Look, have you been collaborating on something recently? Can you spoil some?
Yes, we are working on a new track. In our minds it should be a track with a high spin rate on Spotify, but for the moment I can not tell you more, unfortunately.

We know that you are in close relationship with Andrea Damante. Can you tell us a little?
Yes, we met through Spinnin’ Records. They contacted me and said that Andrea had a track ready on which to collaborate and I immediately accepted! From there we spent a lot of time working on the track, often via FaceTime. The first time we met in person it was specifically to come to Italy to shoot the video of “Scars”, our collaboration, and I can say that he is a really good guy! I can safely tell you that he is a brother to me.

You also played together this year in Riccione. How was your experience? Did you like the energy of the audience?
A lot! It was truly unique, the energy of the audience was insane. There were a lot of beautiful girls too! I also played in Nameless Music Festival, and I hope with my heart to return to Italy soon even if at the moment I have nothing planned. I can only appeal to Italy: keep listening to my music, so I can come back playing!

I would like to ask you for your opinion on a musical trend that is also becoming popular among your Spinnin’ Records colleagues. The Latin House is depopulating on social networks and many artists are trying their hand at similar productions. What is your opinion about it?
To be honest, I’ve never tried it. It is not a genre that interests me at the moment, for now I am focused on something else. But who knows, maybe one day I’ll try. But I must say that I like the vibes of a Latin voice combined with the Tech House. Now that I think about it, I might think about putting an Italian voice on it, who knows. As soon as we finish, I make a call to Damante and hear what he thinks!

A personal question: as a producer, what is the genre that best represents Chico Rose and that you also like to play the most?
Personally I tell you that Tech House is the genre that represents me best and that I love to play. I literally grew up with the Tech House, my parents listened to it a lot too. I feel it as my own genre, which is also easy to produce. As they say “House is a feeling”!

*Thanks to Chico Rose, Spinnin’ Records and Infectious PR for the interview!* 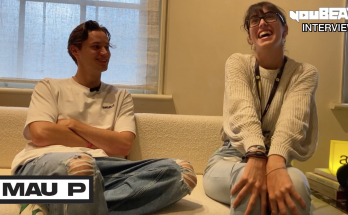 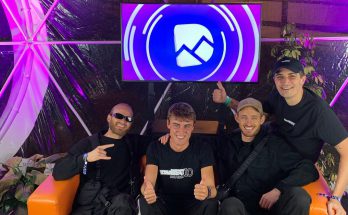 Interview with KREAM at Dreamland Festival 2022