The special DJ MAG TOP 100 CLUBS 2022 ranking was presented yesterday via post on your Instagram profile. It establishes, according to the renowned British magazine, the best venues of the year. Surely an important edition, given the increasingly massive reopening of the clubs after the global health emergency. Unfortunately, the pandemic has not allowed some clubs to reopen, while others have found new lifeblood. This year’s ranking sees for the first time since 2009, all continents of the planet bearing at least one clubs. European clubs still dominate the ranking, equaling the total of 49 clubs last year and claiming half of the 12 new entries.

Spanish domination for the 2022 edition of the special Dj Mag Top 100 Clubs. A legendary venue, which for the first time climbs to the top step of the podium. The themed evenings of one of the The Night League‘s two pearls – also owner of the famous Ushuaïa – began on April 30th after two long years of hiatus. Breathtaking scenery and first-rate residences are part of the formula adopted for the summer by HÏ IBIZA (including David Guetta, Fisher and Tale of Us) which is preparing to be “hotter” than ever.

ECHOSTAGE is the most characteristic venue in Washington DC but this time descends from the most important step of the podium awarded in 2021. This famous venue, led by the Insomiac group, is the perfect hybrid between a club and a real festival. The musical proposal is also varied, which not only sees artists of the first international category, but which also offers a unique stage to artists on the launching pad.

Habituè of a certain value, given that for a decade it has steadily stationed on the podium of the best dancefloors in the world, the Brazilian venue GREEN VALLEY concludes the podium of the 2022 edition. With a capacity of more than double its direct competitors, it has definitely faced the worst period in its history. Not only the pandemic, but also a cyclone risked putting the reopening of this legendary venue at serious risk. Fortunately, the community of aficionados has given a notable hand for its reconstruction, since it represents a showcase of the highest level for all local and non-local artists.

The most iconic London venue, where the youBEAT team was a guest of Bakermat last February, does not arrive on the podium. Since the restructuring of 2016 it has been a crescendo of population, until it has become the most sought-after destination for warehouse ravers from all over Europe.

Since 1996 – albeit with the name of WAREHOUSE – this singular disco has historically represented the alternative to Berlin in terms of Techno. BOOTSHAUS is the home of Blacklist, a collective of German artists that offers gigs and Techno festivals in collaboration with Unreal Cologne and Loonyland.

Double awards for the Spanish group of The Night League which also sees its second pearl in the Top 10. Despite the different formats compared to its sister HÏ IBIZA, the giant stage by the pool remains iconic, as well as various restaurant and hotel services.

Another exclusive location in the White Isle, which stands out from its direct rivals to bring contemporary House, Deep House, but also more sophisticated Tech House and Techno themed parties.

A territorial redevelopment project without equal in England. The Warehouse Project is today a vast industrial complex that can accommodate up to 10 thousand spectators. Even before being a club, it is an urbanization masterpiece.

Second Brazilian venua among the best 10 clubs in the world, for the first time in its history. Known as the first “sunset club” it is also a tourist destination for those visiting São Paulo. Situated in the hills of the Valinhos countryside, this open-plan venue has a festival vibe that hosts lively daytime parties and popular nights out.

Absolute power of Croatian clubbing and home to one of the most important events of the summer, the Hideout festival. Noted for hosting pool parties next to the beach. Unique atmosphere and high-caliber guests, make it right in the Top 10 of the best 10 clubs in the world.

What do you think of this ranking? 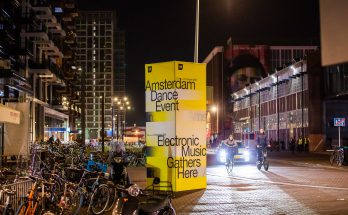 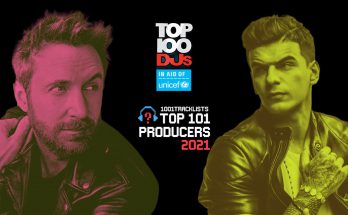