“Smile for the camera!” This is how we opened our interview during Amsterdam Dance Event 2022 with MAU P – stage name of Maurits Jan Westveen – a Dutch DJ and producer who recently turned 26.

The name might vaguely ring a bell for those who have been in the electronic world for years and/or lived through the bigroom period. Doesn’t ring a bell? Alright, another clue: before he became Mau P, his stage name was Maurice West. Now that you’ll have surely recognised him, you will also remember that he was the prodigy of labels such as Revealed, Dharma and Mainstage Music; moreover, tracks such as “Rhythm of the Night” or “Festival of Lights” are still listened to and played by artists and non, all over the world.

A few weeks ago, exactly on September 16th, he decided to amaze us all with his new alias – Mau P, to be exact – and with his super fresh ‘Drugs from Amsterdam’, which has completely changed the game, to say the least. It has over 26M million Spotify streams in 1.5 months, has been played so many times in Amsterdam and we had the honour and pleasure to talk to Maurits about it during ADE 2022 at Fosbury & Sons co-working space!

Eleonora) We’re here with Maurits, aka Mau P. Hello and thank you so much for your time! Here’s the first question: we met you in 2019 for the first time and you were among the most promising artists in the scene. And now here we are again, after 3 years and the COVID19 pandemic and you’re changing the game with your latest track “Drugs From Amsterdam”. What a growth!
Mau P) Ah, a déjà-vu! I guess it’s a growth, I wouldn’t brag about myself for anything.

Eleonora) Still about “Drugs from Amsterdam”. You managed to blend several music genres (such as bass house, tech house, etc), creating a unique sound. Can we say that this is your signature sound and the beginning of a new movement?
Mau P) I hope so, my goal was to combine different genres and merge them to create something that works as a track. I’m happy that it works and people see it as something that’s refreshing, so I hope I can turn it to a signature, but that’s going to need a lot of hard work, it’s not just one song that makes the difference.

Eleonora) Well, it’s a good start though. Are you happy about it?
Mau P) Yes, I am.

Eleonora) And about this new movement, which gigs, collabs and in general, which path are you planning to organise and follow as “Mau P”?
Mau P) I’m going to focus on solo singles. As you said, I want to build the sounds, like, develop them into something that can be recognisable for Mau P and I don’t really think collaborations are what I need right now, because I want to solidify whatever sticks to people, I need something that people want me on the lineup for, so, “I’m going to this festival because Mau P is playing and I want to hear those sounds”.

Eleonora) …and about the tracks [as Mau P], are you planning something right now?
Mau P) There’s a lot of stuff finished, but we need to figure out the schedule for them, because “Drugs from Amsterdam” is still becoming big, there’s still chaos and storm and we need to figure out what’s best for the next ones, because they are being played by huge artists.

Matteo) Are there some IDs coming out soon?
Mau P) Well… how soon is “soon” for you?

Matteo) This year or next month?
Mau P) I think it’s no, probably in January. It’s doable right? [laughs]

Eleonora) Yes, it surely is. Moving on… we also know that you recorded a bunch of sounds from Amsterdam’s daily routine. Would you like to tell us a bit more about this idea?
Mau P) Actually, when I started doing this, the track was already finished but I wanted the vocal to sound more like something crazy, to be original but sound like a sample. For example, my idea was to put all these streets sound behind the vocal, to give it some organic and I found other samples – like the metro thing, a little lead of the gate opening and the train stations as well. That’s all in there, very quiet and sneaky, but it makes so much difference. And also, when I have the sound of the metro departing, they alway sound to me like a sort of build up to the song, so I hid them behind the build up.

Eleonora) It’s the smallest details which make the difference. So, now a more general question for you: what do you think about the current state of EDM landscape? What could be, in your opinion, the next musical trend that could give energy to this genre?
Mau P) Actually, I love the dance music scene right now, a lot of new exciting stuff is happening and a lot of stuff that’s been going on, like, a lower pace is now being turning to something more mainstream (in a good way) and I feel that’s also influencing the way people behave in a crowd: I love the house and techno crowds because they feel really well musically educated, they’re there for the music and to sing the songs. So you know, I love that the underground is becoming more and more mainstream.

Matteo) This allows you to be really original and mark a strong difference from the other artists. So yes, thank you so much for doing this!
Mau P) Of course, I’ll do my best for you. Maybe its a cool thing to keep going, because when I started doing it, I was like: this works well and I’m not just making a melody, a drop, and a build up; you’re creating a painting and you can also see the type of brush that was used, you know.

Matteo) Of course. Also, you’re playing at the Bar Italia, for the Nameless Showcase, right?
Mau P) Yes, I am! I also was in Italy last week, more precisely in Turin, with people who I guess were responsible for the booking in Italy. And Nameless is a good festival, so… it’s definitely on the bucket list.

Eleonora) So, thank you for your time again, it was a pleasure! See you soon in Italy and ciao! 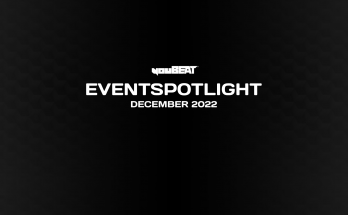 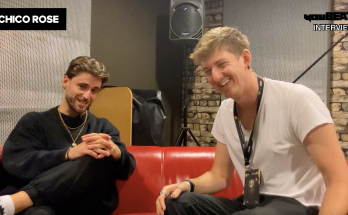